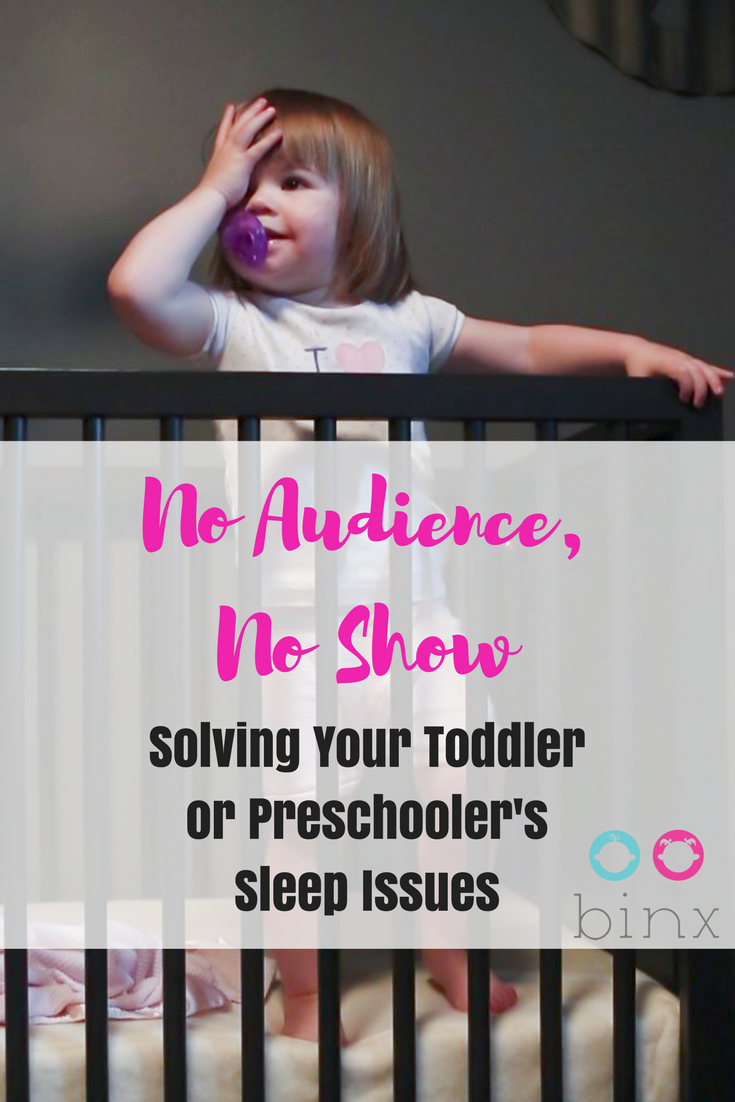 I frequently get asked about toddler sleep. I often hear, “My child has been an amazing sleeper their entire life, and now we are a mess. What happened? How do I change this?”

My answer is almost always, “No audience, no show.” It’s the key for the toddler to preschooler age group. Basically it means for you to take a look at what behaviors YOU as the parent are doing to reinforce their wakings or antics.

When you’re at the grocery store and you tell them no to getting a certain thing, they protest and throw a tantrum. So, do you give in after a bit and get the item or stand your ground? When you give in you are reinforcing that tantrum behavior. You’re telling them, yes, have a tantrum because then I’m going to give you what you want. You can bet the next time you’re at a store they will have another tantrum when they want something. It worked before, right? If you had ignored the behavior and moved on, then chances are they would realize, hey I’m not getting a reaction from her, this isn’t as fun any more and isn’t working.

What originally can throw the sleep off can just be a simple development in their independence. They want to test those boundaries and in the moment it can be so easy to give in. In the end though, you have to parent and guide them.

We had this problem arise in my own daughter last summer. At the end of the summer we were on vacation for a week where we were pretty relaxed about her bedtime. The days were long and she slept fine on vacation, but when we got home she was a beast. She was just turning 3, was potty training, we stopped her using the pacifier and she started afternoon preschool (which removed her nap 2x a week). She was a mess for a few months until we stopped giving in to the bedtime antics and got her back to her usual night schedule.

What is your child doing and what are you doing to reinforce the behavior?

Need Sleep Help? Contact Us or Book a Package