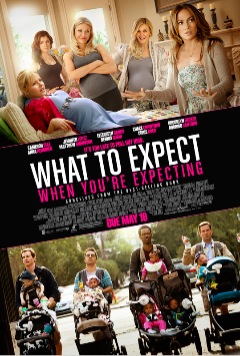 Based on the book of the same title, the movie follows the lives of 5 couples in Atlanta on their journeys to parenthood. It incorporates the usual pregnancy related humor. Warning there were tearjerker moments. I have to say the all-star cast was great, and everyone played their parts quite convincingly. A definite scene-stealer though was Rebel Wilson (she’s known for her role in “Bridesmaids”). The dads group was awesome. I am also a bit partial to this film since a scene was filmed at the ABC Expo last year (only my most favorite tradeshow ever! LOL). A thing I didn’t like was that while there were some modern concepts like infertility, they didn’t jump on the band wagon with issues like same sex couples or single moms

Bottom Line: While it was hilarious, you’d probably like it more on DVD. Definitely not a serious, life changing movie, but still a good one for a girl’s night.

If you saw, what did you think about it?