I was thrilled when my grandma told me she still had the cradle she had used for my father and uncle when they were born. I had asked her about it years before thinking about becoming pregnant and we dragged it home, out of their attic, from their house in Rhode Island in its original (completely falling apart) box. When we opened the box the other day it was wonderful. My grandfather had painstakingly wrapped every part in paper grocery bags, and made sure all the hardware was in a tiny paper bag as well. Some of you know my grandma passed away in 2011, and my grandfather just last summer. Which makes the following story just lovely. 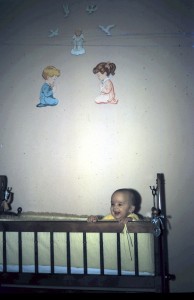 My grandma, growing up, didn’t come from much. She was one of 13 kids, from parents who had immigrated to the USA from Portugal. They lived in a 3 bedroom tiny house in West Warwick, RI. The girls shared one bedroom, the boys another. They canned their own vegetables and a bunch of the kids worked on a local farm. My grandma’s youngest brother still lives in that house. 🙂

She met my grandpa at a franks’n’beans dinner at the local ELKS club. She was waitressing that night. She was also 35 then (to the best of my recollection as I write this), in those days she was considered an old spinster who would never get married LOL. My grandpa had also never been married. He was a firefighter, who travelled the US with his parents quite a bit, but always came back to Rhode Island. Anyways, so long story short, they got married. When she was pregnant with my father she saw this cradle in a store. She thought it was to expensive, and never would’ve dreamed about getting it for herself. When you come from not having a lot, you always go through life without needing to much. She told my grandpa about it and he bought it for her. It was just one of those things that he thought she deserved, and so it really holds a special place in my heart.

When I brought up wanting to use the cradle my grandma had mentioned to me to make sure that the slats weren’t to far apart. She had to toss the crib for that reason. When we unwrapped the cradle from the paper bags (I assume) my grandfather had painstakingly added in an extra dowel between each of the ones that were already there (original slats are pictured). I’m not sure when he did this, either before or after my uncle had used it as a baby, but it was clear that it had been done a long time ago from the age of the paper bag wrappings. It was just really sweet that he had taken the time to fix it.

A strange thing happened a few weeks ago. When we went for the ultrasound at Baby Bumps, to determine if we were having a boy or a girl, as soon as Vanessa thought she could see the lady parts the song that was playing on the background music was “My Favorite Things” from the Sound of Music. That was one of my grandma’s favorite songs. I couldn’t believe it. It’s been really hard not having them here to celebrate this wonderful time in our lives, but I know they’re with us everyday.

Here are some tips for using heirloom and hand me down furniture:

~ Make sure there is no chipping paint. And if it was painted before 1978 make sure to have the paint tested for lead. The last thing you want is a baby teething on lead paint.

~ If a soda can can pass between the slats then it needs to be modified or tossed to prevent entrapment.

~ Missing hardware can be a big problem. Make sure all screws and nails are tightly secured and are all present.

~ Big cutouts are a big no no.

~ Make sure that the mattress that you use (whether crib, cradle or bassinet) is tight fitting. This is the only piece we’ll be replacing with the cradle (even though the mattress was securely wrapped in paper bags) as I’m not comfortable with the vinyl outside and foam inside.

Addition: After reading this post my mother info’d me that my grandfather had fixed the slats for when I was born & I used it when we visited them. 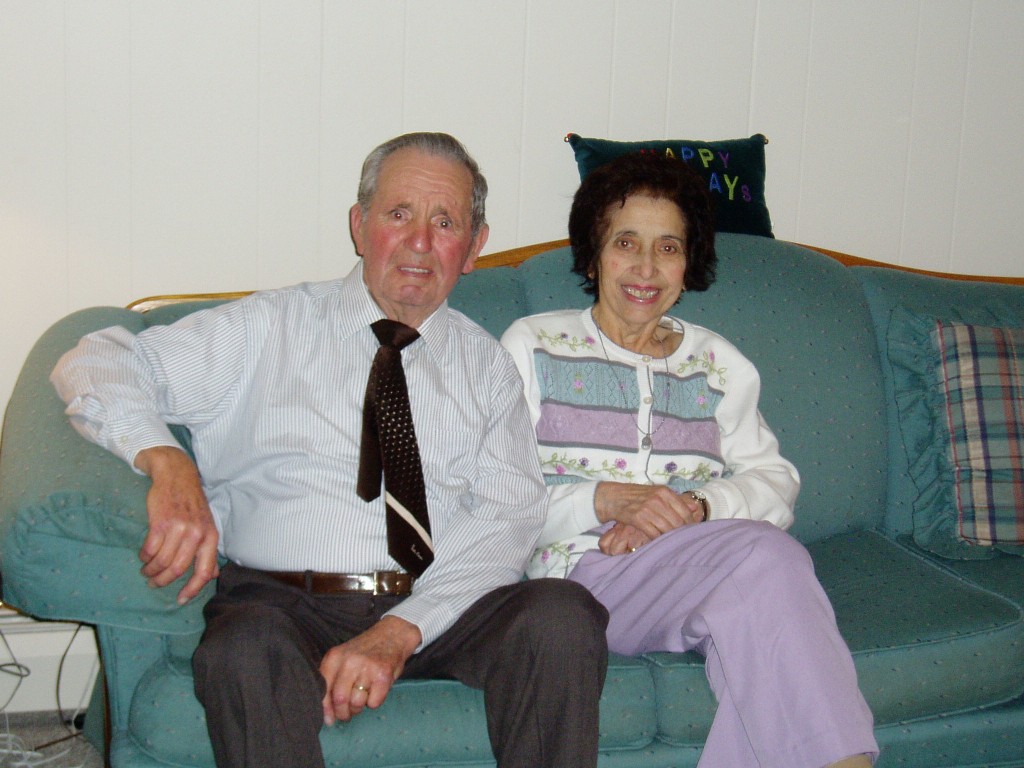